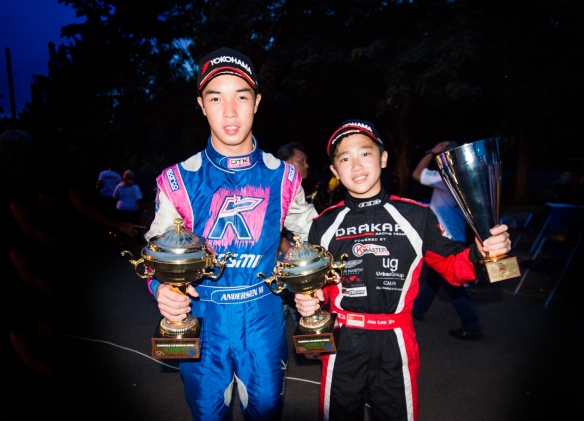 Bogor, Indonesia, 16 December 2012: In a clear sign that Kartmaster Drakar Racing Team have outgrown the domestic scene, the Singapore-based motorsports outfit are making waves in the Asian arena.

As the 2012 Asian Karting Open Championships (AKOC) season drew to a close at the Sentul International Circuit on Sunday in Bogor, Kartmaster Drakar drivers made sure that the Singapore flag was flown high and proud – not once, not twice, but three times.

Take a bow, Jon Lee, Andersen Martono, and Leon Khoo, for emerging from a sea of Asian motorsports talent to earn podium finishes in the overall standings of their respective categories.

Khoo, 51, didn’t even need to don his racing suit in Bogor as his podium finish in the Formula 125 Veteran championship was confirmed back in September after dominating performances in the first three rounds of the calendar. He finished third in the overall drivers’ standings. 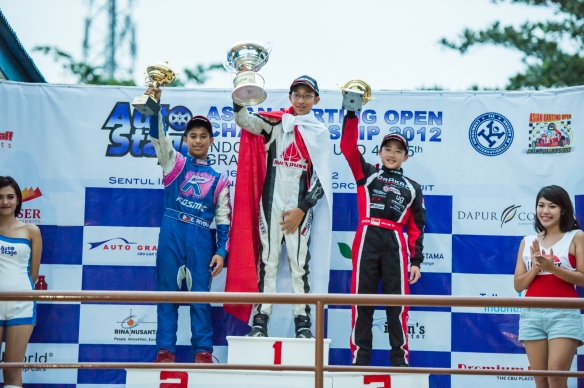 Jon, though, needed to race and had to race hard that weekend. After finishing Saturday’s Round 4 in fifth place, the 13-year-old needed a podium finish on Sunday to clinch a top-three position in the Formula 125 Junior category.

He duly delivered – but not before some scares.

“My pre-final in round 4 and 5 were bad,” said the Victoria School student, who started Round 5 sixth on the grid after seeing the cap to his petrol tank flew off midway through the pre-final. “But after some changes and adjustments, I managed to pick up during the final in both rounds.”

Indeed, by the second lap in the final, Jon had climbed three places into third position, and held off his rivals for the rest of the race to earn third place in the championship.

His Kartmaster Drakar team-mates in the Junior category, Santos Bala Kerisnan and Gabriella Teo, finished seventh and eighth respectively in the overall standings.
Gabriella, 14 years old added “Sentul was the first track I drove that has a major tyre wear problem. I need to learn to control my aggression in my driving and reduce tyre wear. I have also learnt that mental focus is important in a long week of testing and racing, which I believed was lacking at Sentul.” 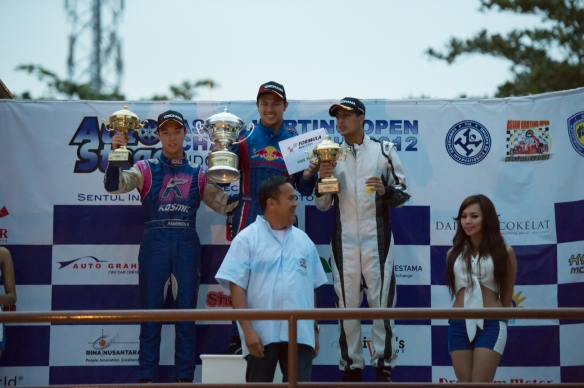 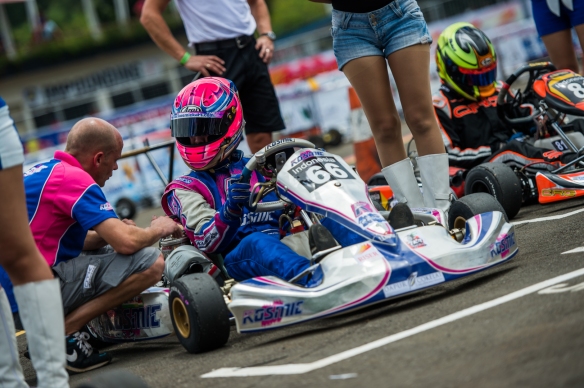 Indonesian-born Andersen stole the show in the Formula 125 Senior category by finishing second in the championship. His second-place finish in Round 4 saw him charge into second place in the drivers’ standings, and although he did not finish the race in Round 5, he kept his place among Asia’s best.

Opai with ex-teammate, Singaporean Karter Sean Hudspeth who won 4th and 5th respectively in the final race of the year

His Senior colleague Opai Naufal endured another frustrating weekend after an exploded magnito in Round 4 put paid to his bid to finish fifth. A fourth-place finish in Round 5 saw him end the championship in sixth position. 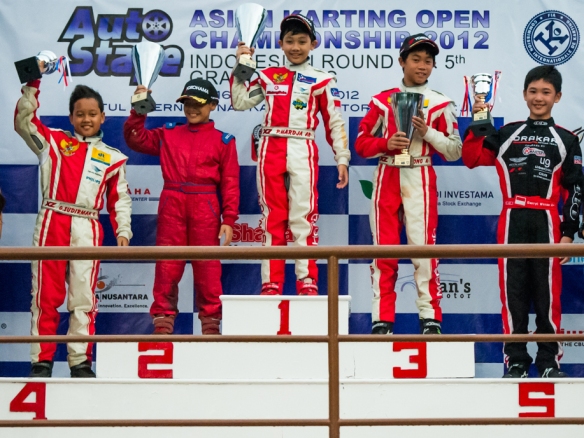 In other categories, Indonesia-born Darryl Wenas and Singapore’s Josh Lee finished fourth and 19th respectively in the Mini Rok championship. It was Josh Lee’s first time participating in AKOC. The 10 years old, added, “The cadet category in AKOC is very competitive with many experienced drivers. I must learn to control my kart and try to avoid crashes in future races. I’m definitely looking forward to race in AKOC next year.” 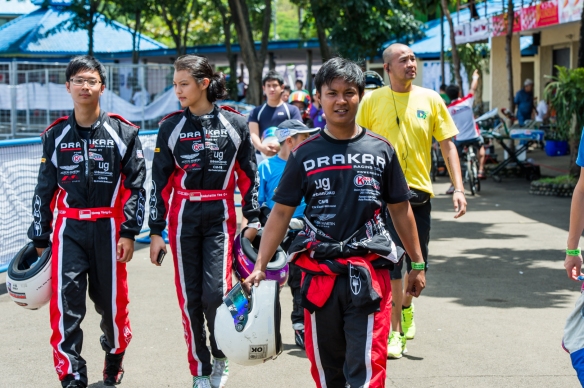 The weekend in Bogor also saw the AKOC debut of new Kartmaster Drakar driver Yeo Hong Yang, who clocked an impressive sixth place in Round 4 and 11th in Round 5.

“I’m happy with my overall performance this weekend,” the youngster said. “This was my first ever AKOC race, going up against many good drivers and i managed to come 6th in Round 4 and 11th in Round 5 after starting from 28th and 27th on the grid respectively.

“I really enjoyed the entire experience but I’m still inexperienced compared to many others in my category and I’ve got a lot still to learn. With more races and more experience, I am confident that I can only improve further.”

There is no short of inspiration for Hong Yang and his Kartmaster Drakar team-mates. After all, there are three among them who have shown there is a bigger world out there beyond the domestic competition.

And their performances are ample proof that Kartmaster Drakar belonged to a bigger stage. 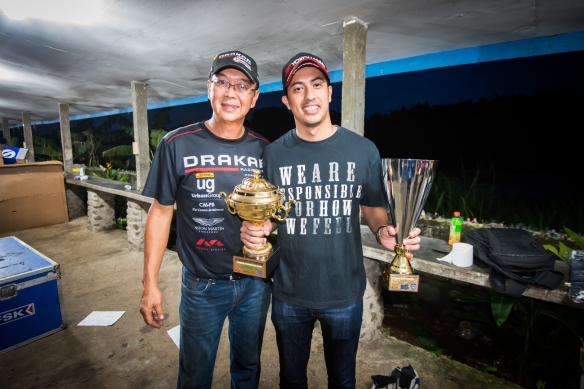 Mr. Roland Chong Pl with his protégé, none other than the swift Zahir Ali whom they won many races together. It was very inspiring to watch Zahir Ali raced during rd 4 & 5. This guy is fast!